Join us to learn about the Buffalo Treaty

Buffalo are impressive animals — and not only due to their size. These dignified giants live in a matriarchal society and have been observed voting among their herd to make decisions.

As the members of the Buffalo Treaty work to repopulate the prairies with these once endangered animals, their importance extends far beyond ecological restoration. Dr. Michael Hart, PhD, vice-provost of Indigenous Engagement at the University of Calgary, is inviting people to learn about the role buffalo play in reclaiming the lost traditional knowledge of the land.

“Buffalo were a cornerstone to traditional ways of life — socially and spiritually,” he says. “As the Treaty states, the buffalo has been our relative for generations. Signatories of the Buffalo Treaty and other supporters are working to restore the buffalo, provide it a safe home to roam free and foster our role as stewards of the land so we can pass this knowledge to future generations.”

To honour National Indigenous Peoples Day on June 21, the University of Calgary will present its seventh annual Campfire Chats. This year’s event will host a panel of Indigenous leaders and allies discussing the Buffalo Treaty.

Susan Mide Kiss, senior director of Community Engagement, worked closely with Elders Reg and Rose Crowshoe, Writing Symbols Lodge, UCalgary’s Community Engagement team, and campus and community partners including the Calgary Stampede to co-create Campfire Chats seven years ago. In more recent years, Community Engagement and the Office of Indigenous Engagement have co-led the program and helped build it. Organizers say they are grateful to our partners at TELUS Spark who will help host this year’s program, sponsored by TD Insurance, in partnership with the UCalgary Alumni Association.

“We are proud to present Campfire Chats in recognition of National Indigenous Peoples Day, and summer solstice, the longest day of the year,” says Mide Kiss. “This important community gathering helps us explore Indigenous cultural practices, storytelling and nurture and sustain relationships with Indigenous communities as we walk parallel paths together in a good way.”

Honour the significance of buffalo

Buffalo hold much significance and the Buffalo Treaty, first signed on Sept. 24, 2014, recognizes, honours and revitalizes the relationship we have with them.

“The ii’ taa’poh’to’p winter count buffalo robe is significant because it tells the story of the Indigenous Strategy through symbols,” says Hart. “Elder Reg gifted the robe to UCalgary at last year’s Campfire Chats, and it is important to keep the conversation alive because it demonstrates the progress UCalgary is making with the strategy.”

This year’s Campfire Chats, moderated by Reg Crowshoe with special remarks from Hart, will feature Traditional Knowledge Keepers and allies:

ii’ taa’poh’to’p, the University of Calgary’s Indigenous Strategy, is a commitment to deep evolutionary transformation by reimagining ways of knowing, doing, connecting and being. Walking parallel paths together, “in a good way,” UCalgary is moving toward genuine reconciliation and Indigenization. 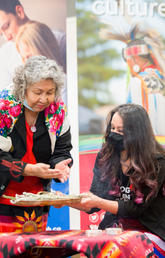 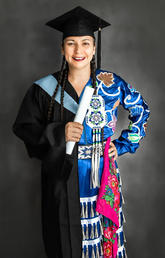 Advocate for Indigenous healing noticed something was missing: a personal connection 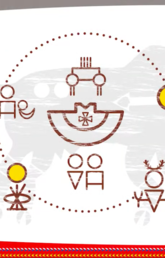 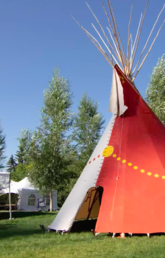 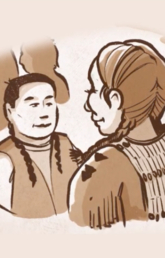 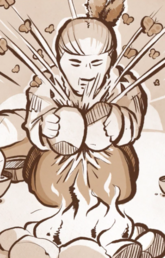