Accompanied by his wife Anaida, Pierre Poilievre celebrates his first-ballot victory Sept. 10 as the new leader of the Conservative Party of Canada. Twitter @PierrePoilievre

The race to meet a deadline is a post-secondary rite of passage, and few are the university students who haven’t pulled an all-nighter on their way to a degree.

Pierre Poilievre was like the majority, but the all-nighter the UCalgary international relations student endured in 1999 was a little different: His hastily penned essay was for a cash prize, rather than a grade, and it may have set him on a pathway to political success.

“Although we Canadians seldom recognize it, the most important guardian of our living standards is freedom,” wrote the 20-year-old Poilievre in a paper entitled, Building Canada Through Freedom.

“Government's job is constantly to find ways to remove itself from obstructing such freedoms."

One step closer to the job he imagined

As the newly elected leader of the Conservative Party of Canada, Poilievre, BA'08, is one step closer to testing the theories contained in his “As Prime Minister” essay, entered into a national writing contest 23 years ago.

Back then, the paper won the self-described “starving student” a cool $10,000 from contest sponsor Magna For Canada, along with a four-month, $12,000 internship, plus a chance to meet Prime Minister Jean Chretien.

"I just hope that none of my views are offensive to the prime minister because many of them come into conflict with the out-dated system he has run for the past few years. But I guess that's what democracy is all about,” Poilievre told the Calgary Herald.

The reporter who interviewed him that day, Suzanne Wilton, was impressed by his vision.

“I remember being struck by how articulate and bright this young man was and thinking, ‘He could actually become prime minister some day,’” Wilton recalls.

The ideas in that 2,500-word paper are still reflected in Poilievre’s platforms today, and the former federal cabinet minister has been building political ideas since his days at UCalgary, and even earlier.

While in high school, the Calgary-born Conservative Party leader took part in Model UN at the University of Calgary, and then as an UCalgary undergraduate, Poilievre was an outspoken member of the student Conservative Club.

Remembered by UCalgary’s Dr. Rob Huebert, PhD, as a sharp-minded student with plenty of ambition, Poilievre went from university debates to a seat in the House of Commons, after serving short stints in journalism and political campaign management.

Huebert, an associate professor in the Department of Political Science, says Poilievre was a passionate but polite participant in his university classes and Model UN, where “he showed a clear understanding of the international global arena.

“He was very respectful of his fellow students, and he spoke well, and was a good debater,” recalls Huebert.

“As a professor, I was favourably impressed with his overall performance.”

From UCalgary to the House of Commons

By 2013, with Harper leading a majority government, Poilievre had been promoted to minister of state for democratic reform, and then in 2015, to minister of employment and social development. 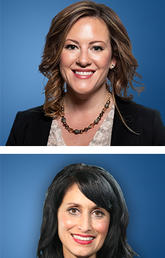 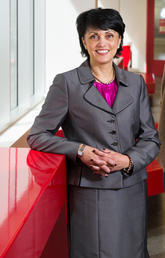 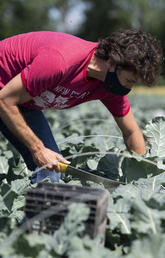 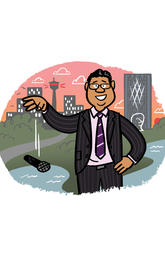 Naheed Nenshi on Leaving a Job You Love 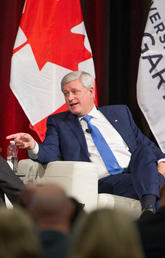 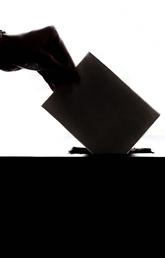 How to encourage the occasional voter to cast a ballot