Anyone who has experienced a busy commute knows the pain of staring at a green light while not being able to go anywhere.

On the other hand, many commuters on a quiet drive have likely had choice words for a red light with no one else on the road.

The synchronization of traffic lights has long been a thorn in the side of drivers. As congestion continues to grow around the world, pressure is mounting on traffic planners and municipal councils to find solutions.

A recent PhD graduate in software engineering, with a specialty in transportation engineering, at the University of Calgary believes the answer might actually sit with drivers as they make their way around.

Mohammad Noaeen’s doctoral thesis evaluates how social media data and reinforcement learning can be used to cure some of the headaches found on city roads.

Noaeen, who studies under the supervision of Dr. Behrouz Far, PhD, has been working on this research for the past five years, poring over existing literature in hopes of finding answers.

“Several researchers have widely attempted to contribute to traffic control in different ways, based on various assumptions, goals and requirements,” he said. “Despite all the advances in traffic management methods and technologies, recent research indicates that it’s still a challenge to manage traffic at the network level.”

Noaeen says the biggest hurdles faced include the unpredictability of traffic phenomena, difficulties in short-term traffic prediction, computational complexities, and insufficiency of coverage of data-gathering devices.

In other words, we need more real-time data.

What has changed dramatically over the last decade is how prevalent social media is, especially with those platforms being on our phones.

Noaeen conducted a few qualitative and exploratory studies using social media data from Twitter and other sites to explore using them to extract context-sensitive features in traffic management.

“I also implemented a comprehensive review on the application of artificial intelligence, specifically reinforcement learning, in the context of network-level traffic signal control,” he added. “I found the opportunities of using this technology in the context.”

Noaeen began collaborating with Dr. Mohsen Ramezani, a professor from the University of Sydney, to propose a hierarchical, traffic signal control method that improves the network performance by controlling a limited number of signals.

For instance, he says 28 intersections out of a network of 400 could use the technology, and those signals would “learn the optimal decisions independently by interacting with the traffic environment.”

Getting the green light

It’s all a work in progress, according to Noaeen, who says there is still a lot of room for improvement to the process he’s working on.

Traffic planners around the world, including here in Calgary, are keeping a close eye.

“Artificial intelligence has huge potential to help traffic signal operation,” said Sameer Patil, leader of The City of Calgary Traffic Management Centre. “We are aware of a few AI technologies in the market which use cloud platforms to optimize individual traffic signals.”

He says AI traffic signal technologies are dependent on good field infrastructure like sensors and cameras, advanced controllers, and communication back to the traffic management centre.

“There are many other technologies out there, such as connected vehicles, variable speed limits, Integrated Corridor Management (ICM), adaptive traffic signals, and big data applications,” he added. “They are all great for congestion management and we have implemented and piloted a few of them.”

Noaeen will continue trying to apply his proposed methods in real-world situations, and is now working on a project in the Greater Toronto Area as a postdoctoral researcher at the University of Toronto. With the supervision of doctors Baher Abdulhai and Scott Sanner, Noaeen aims to propose and implement an area-wide congestion management plan in Toronto with intelligent perimeter control of traffic signals.

“We aim to integrate the proposed network-level, traffic signal control method and a hierarchical perimeter control method to get the benefit of both to improve network performance,” he concluded. “We also plan to consider the context-sensitive factors obtained from social media text and image data-analysis as a metadata input.” 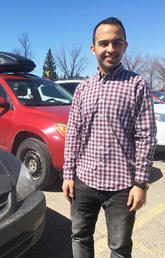 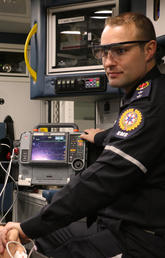 New ambulances in Alberta safer thanks to UCalgary research collaboration 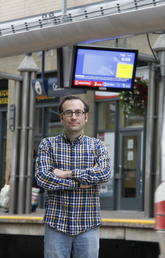 Calling all commuters: You can help shape the future of transportation at UCalgary 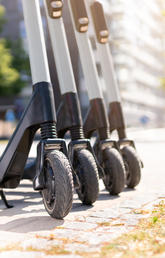 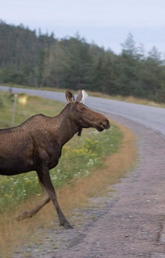 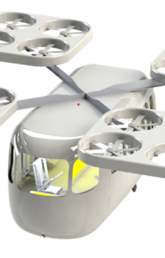