It’s not just planes, trains and automobiles getting people from place to place anymore.

In Calgary, a growing number of people are finding alternate ways of getting around, including electric scooters.

City council recently approved the return of the micro-mobility vehicles after a two-year pilot program proved to be very successful. According to city statistics, 200,000 users took 1.9 million trips on e-scooters and e-bikes between October 2018 and October 2020. They also found more trips were taken in Calgary than any other city in the world.

Those two years also provided one researcher at the Schulich School of Engineering with enough data to start shedding light on not only the use of e-scooters, but also their potential.

Dr. Merkebe Demissie, PhD, is a research associate in the Department of Civil Engineering at the University of Calgary and has spent the last several months digging into that data.

“I hope the findings of this study enable city officials to answer two main important questions,” Demissie says. “Where are the potential e-scooter users? And what is the current coverage of supporting e-scooter service infrastructure?”

His research showed most e-scooter use took place during the morning and afternoon rush hours on weekdays, and during the afternoon on weekends.

Demissie also found more than 95 per cent of trips were within the city centre, with some traffic heading west and northwest.

When it comes to infrastructure, he says it is clear that if the city builds it, people will use the e-scooters. He developed a potential demand metric for different areas of the city.

“A number of bikeway projects are planned by the city to improve access and connectivity for people who walk, bike and use scooters,” Demissie says. “The scope of those projects ranges from minor intersection upgrades to enhancing existing facilities for people who bike and walk, and building new cycling infrastructure.”

While most of the city’s planned cycling infrastructure expansions focus on the downtown and surrounding areas like Sunalta, the Beltline, Lower Mount Royal and Mission, Demissie says other areas of Calgary are already showing potential for e-scooter use.

“Our findings show that, compared to Sunalta, there are districts like Sunridge, Varsity and Kingsland that actually have higher potential demand,” he said. “These areas could be priority districts for future cycling infrastructure expansion to promote e-scooter-sharing service usage.”

Merkebe Demissie is a research associate in the Department of Civil Engineering at the University of Calgary.

Demissie is also interested in getting more context behind some of the trips taken, as he believes adding infrastructure at places like transit stops could help connectivity.

“The e-scooter-sharing service is still in its infancy stage and its influence has not yet reached everyone,” he adds. “The findings of future research may be dynamic and change over time.”

“E-scooters can bring tremendous benefits as a first/last-mile access to public transit,” Kattan says. “These emerging modes also offer an alternative sustainable transportation mode that supports short trips that otherwise are made by car.”

She says making improvements will enhance service quality and safety for users and non-users, while it’s also an equality issue for potential users who don’t have access to a private car.

The work being done on e-scooters at the University of Calgary including injury analysis and infrastructure planning is welcomed with open arms by City of Calgary transportation strategist Andrew Sedor.

“Being able to crunch those numbers and do this really sophisticated analysis is tough to do, so to have students and researchers come and do it is great both practically and academically,” he says. “We’re using that information in order to make infrastructure decisions, so they’re playing a really valuable role which is incredibly pragmatic.”

Demissie is looking to get his findings published over the next several weeks to make them more accessible to everyone.

“We hope the results from our study will help inform decisions on issues such as future bike and scooter infrastructure development to accommodate users.” 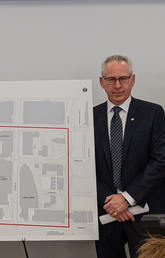 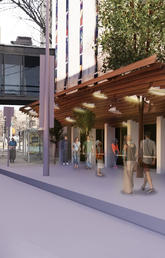 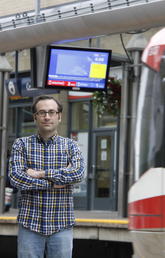 There's no room on future buses for long waits and uncertainty 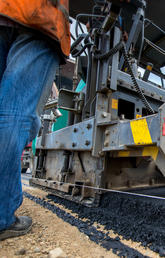 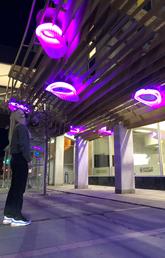 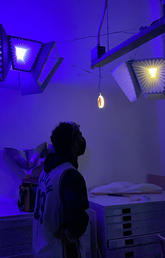