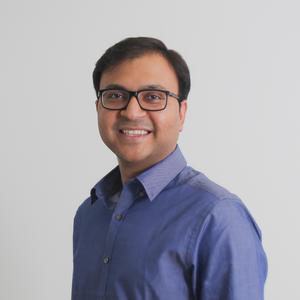 Intercellular communication in cardiovascular disease
Perivascular adipose tissue (PVAT) possesses several similarities to both brown and white adipose tissues. It is now established that the PVAT is an important and active component of the vasculature playing an indispensable role in vascular health and disease. An increasing amount of evidence suggests that the biological activities of PVAT are governed by perivascular adipocytes, which possess distinct molecular and phenotypic characteristics. Recently, perivascular adipocytes surrounding human coronary arteries have shown to have an increased pro-inflammatory state, which secrets about 50-fold higher levels of monocyte chemoattractant protein-1, compared with adipocytes from other regional depots. As inflammation plays a critical role in the vascular diseases, increased inflammation in PVAT has been suggested to be a mediator of vascular inflammation in atherosclerosis. My research interest lies in the role of intercellular communications in vascular diseases. Recently, the exosomes, which are actively shed endocytic vesicles that contain and transport functional mRNAs, miRNAs, and proteins between cells, have gathered a great deal of attention as important mediators of intercellular communications. The renin-angiotensin system (RAS) regulates vascular tone and plays a key role in adaptive and maladaptive vascular remodeling. The role of RAS has been proposed in the influence of PVAT on vascular disease. Recently, comparative expression analysis showed that all the RAS components, except renin, are expressed in the PVAT. My current research focus is to identify the potential role of PVAT-secreted exosomes in intercellular communications and modulation of RAS in the vascular smooth muscle cells and endothelial cells and their impact on vascular diseases. My second line of investigation focuses on the process of cardiac remodeling which was thought be an irreversible process. However, mechanical devices such as left ventricular assist device (LVAD) lead to pressure and volume unloading on the left ventricle. It has become evident that some patients had actual improvement in LV function after LVAD placement. This improvement in the cardiac structure and function is termed as ‘reverse remodeling’. Importantly, our current research data suggests that the reversal in the cytoskeletal proteins is precisely associated with mechanical unloading-induced myocardial recovery. My research goal is to investigate, using the murine model and explanted human hearts, the components of ‘cardiac remodeling’ and ‘reverse remodeling’ and identify the key targets to reverse the progression of heart failure.