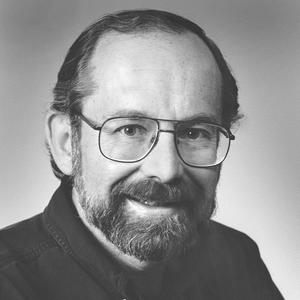 Organic & Medicinal Chemistry; Design and Synthesis of Bioactive Molecules
Our work is in the general area of design and synthesis of biologically interesting organic target molecules. The development of new synthetic reactions and reagents, and the understanding of related mechanisms, is also part of the overall program. Some specific projects are described below: Alkaloid synthesis: We are studying novel cyclizations of unsaturated sulfones that provide access to variously substituted indoles, piperidines, pyrrolizidines, indolizidines, quinolizidines and quinolines, which comprise the core structures of numerous alkaloids and synthetic drugs. Recent targets include several dendrobatid alkaloids found in the skin secretions of certain species of neotropical frogs (some have potential medicinal applications as, e.g. cardiotonic agents), macrocyclic amines such as the motuporamines that have anticancer activity, the antiviral compound virantmycin and marine alkaloids of the cylindricine class. Selenium catalysts and antioxidants: Selenium compounds such as the selenoenzyme glutathione peroxidase play a role as natural antioxidants in the protection of living cells from oxidative stress that accompanies aerobic metabolism. We are engaged in designing synthetic compounds with improved antioxidant properties that have potential as therapeutic agents for the treatment of heart attack and stroke patients who suffer oxidative stress injury during reperfusion. Conversely, the redox properties of these seleniujm compounds can also be harnessed to catalyze synthetically useful oxidations with hydrogen peroxide, a cheap and environmentally benign oxidant. These include oxidation of sulfides to sulfoxides, epoxidation of alkenes and conversion of enamines to alpha-hydroxy ketones. Novel drugs for treating cardiovascular disease: A recent collaboration with Dr. S.R.W. Chen (Faculty of Medicine) is directed toward the design and synthesis of a new class of drugs for the treatment of heart failure and cardiac arrhythmias. We have discovered several lead compounds with improved antiarrhythmic efficacy compared to carvedilol, the current drug of choice. Our new compounds are more effective in regulating calcium handling by the RyR2 receptor, while suppressing by 1000-fold the excessive beta-blockade of carvedilol that is responsible for its side effects, such as bradycardia and hypotension. In a second, more recent collaboration with Drs. S. Noskov (Dept, of Biological Sciences) and H. Duff (Faculty of Medicine), we are attempting to design novel drugs to regulate the hERG potassium ion channel, which is also implicated in cardiac arrhythmias. Novel antimalarial drugs: Together with Dr. F. Snyder (Faculty of Medicine), we are designing drugs that target nucleoside-processing enzymes that are unique to protozoa and do not exist in mammalian hosts. Our lead compounds show higher potency against malaria, particularly the deadly P. falciparum strain, and against leishmaniasis than established drugs such as chloroquine and miltefosine, respectively. The new compounds also show lower cytotoxicity toward a mammalian cell line. Since these pathways have not been targeted by previous drugs, the chance of rapid development of resistance (as has happened with chloroquine) is unlikely.

Graduate students with a strong background in organic chemistry, a high level of commitment to their work and a lively sense of curiosity are encouraged to apply. Students should also have competent communication skills and the ability to work harmoniously with their coworkers.