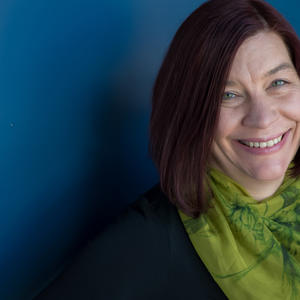 Twentieth Century Canada
I am particularly interested in the relationship between local social movements and how people mobilize local and state resources in social activism, especially in rural and remote communities. My current book project examines the 1960 and 1970s back-to-the-land movement in the West Kootenays, British Columbia. I examine how "new homesteaders," many of them young urban professionals, influenced social, cultural, and economic change in rural economies in the late twentieth century. My first book, No Place To Go: Local Histories of the Battered Women's Movement (UBC Press 2007), examines feminism in small urban centres and rural communities through the stories of women who organized shelters for abused women in Nelson, British Columbia, Kenora and Thunder Bay, Ontario, and Moncton, New Brunswick. Two of the chapters include Indigenous women's organizing in Northern Ontario. I have also published articles on campaigns to protect reproductive rights in Canada.
Canadian Women's and Gender History
I have co-edited two volumes on feminist history and women's and gender history in Canada. Feminist History in Canada: New Essays on Gender, Work, and Nation (UBC 2013), co-edited with Catherine Carstairs, is a collection of essays first presented at the 2010 Canadian Committee on Women's History/Comité canadien de l'histoire des femmes conference "Edging Forward, Acting Up: Gender and Women's History at the Cutting Edge of Scholarship and Social Action." Dr. Carstairs and I served as co-chairs of the CCWH/CCFC during the early stages of this volume. Reading Canadian Women's and Gender History, co-edited with Carmen Nielson, is forthcoming with University of Toronto Press in the Studies in Gender and History Series. The collection includes fourteen original essays by prominent Canadian scholars at all stages of career. I am also active in feminist and community politics in Calgary. My knowledge of feminist history informs my activism and advocacy for social policy to advance equality.
Oral History
My research projects incorporate oral history and archival records that are still privately held by organizations or individuals. I have also published on ethics and oral history and have advocated for improvements to the policies that govern oral history research.