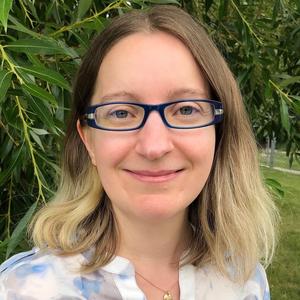 Roman religion
The effects of religion on Roman life, from politics and society to gender and individual religious experience. I am especially interested in the way Romans understood the nature of their gods. One of my recent publications on this topic is: Roman Republican Augury: Freedom and Control (Oxford University Press, 2019).
Early Christianity and its interactions with non-Christian religions
The development of Christian movements and how they interacted with adherents of other religions in the Mediterranean world of the first several centuries AD. One of my recent publications on this topic is: 'God(s) Contrary to Nature: A Theological Debate Between Pagans and Christians', Greek, Roman, and Byzantine Studies 57 (2017): 660-686.
Ancient divination
One of my research specialties is augury, a form of divination used by the Roman state to determine whether the gods would support their political and strategic decisions. I am also interested in other forms of Roman, Greek, and Christian divination. One of my recent publications on this topic is: ‘Falsifying the Auspices in Republican Politics’. In C. Steel, H. van der Blom, and C. Gray (eds.), Institutions and Ideology in Republican Rome: Speech, Audience and Decision (Cambridge University Press): 183-202.
Greek and Roman historiography
How and why Greek and Roman authors wrote history the way they did. One of my publications on this topic is: ‘Theology as a Historiographic Tool in Dionysius of Halicarnassus’, Phoenix 68.3-4 (2014): 330-349.

I am keen to work with students who want to learn more about the ancient world through close study of the ancient evidence.

At the Master's level, I supervise research on topics such as Greek and Roman religion, ancient divination, and early Christianity.

At the PhD level, I am recruiting students to work on one or more of the following questions:

If you are enquiring about working with me, please specify:

Please note that I am unable to reply to messages that do not include this information. Thank you!

I look forward to hearing from you!