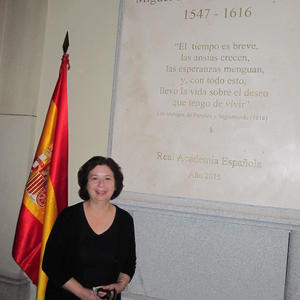 I am looking for candidates proficient in Spanish (native or near-native speakers with a C1 DELE certificate) who are interested in representation of women in Latin American literature, film or comics.