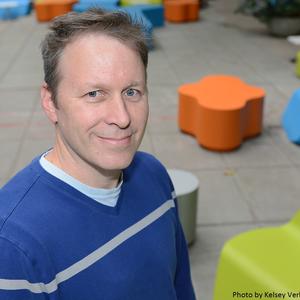 Phonology
My primary research area is phonology, that is, how speakers organize speech sounds. By investigating how speakers mentally represent and manipulate phonological information such as articulation, voicing, pitch and stress, especially in very different languages, we can learn much about our unique faculty of language, hence about the human mind. This view of phonology as the study of an aspect of human cognition was pioneered by Edward Sapir, a Mozart-like figure in linguistics during the first half of the twentieth century (who coincidentally worked on several of the same Indigenous languages that I have). Sapir (1925) noted that speech sounds can obviously be studied from the point of view of physics and sociophonetics, but emphasized “the necessity of getting behind the sense data of any type of expression in order to grasp the intuitively felt and communicated forms which alone give significance to such expression” (p. 51). As Chomsky (1965:193) describes, “Sapir’s mentalistic phonology ... used informant responses and comments as evidence bearing on the psychological reality of some abstract system of phonological elements.” (See especially Sapir (1933[1949]).) Phonological research, then, relies on various kinds of evidence (alternations, phonotactics, sound change, loanword adaptation, etc.) to determine what the “phonological elements” are, how these are organized into an “abstract system,” and how the latter interacts with other modules of grammar (phonetics, morphology, syntax, and semantics).
Canadian Indigenous languages
There is a rich linguistic heritage here in Western Canada. Neighbouring British Columbia is home to no less than thirty languages representing eight different language families or isolates. One of these families, viz. Wakashan, has long been my object of study (esp. Nuučaan̓uɫ (formerly Nootka) and Oowekyala-Hailhzaqvla/Heiltsuk). Calgary itself is relatively near to languages from five very different language families: Dene/Athabaskan (Tsuut'ina/Sarcee, Dunne-za/Beaver, Dëne Sųłiné/Chipewyan, Dene Tha/South Slavey), Algonquian (Blackfoot, Plains Cree, Saulteaux/Ojibwe, Gros Ventre), Siouan (Stoney-Nakoda dialects), and more distantly, Ktunaxa (Kutenai/Kootenay) and Montana Salish. Through my teaching, research, consultation and training, I’ve had the privilege to learn and work with native speakers of most of these languages, and of many others (e.g. hən̓q̓əmin̓əm̓/Musqueam, Michif, Dakota, Tłįchǫ Yatiì, etc.). I am interested in both the documentation and the revitalization of Indigenous languages.

Students with a BA and/or MA in Linguistics who are genuinely interested in phonological theory and/or a Canadian Indigenous language.