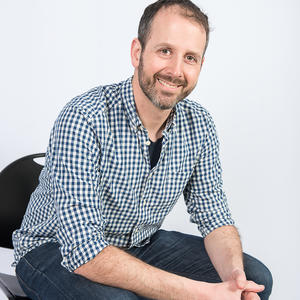 Space Physics
My research group studies charged particles and electromagnetic fields in Earth's upper atmosphere and the regions above known as the ionosphere and magnetosphere. We field and launch our own instruments, analyze data from ground-based, balloon-based and satellite instruments, and develop and run computational models. The ultimate goal is to better understand the near-Earth space environment.
Space-based, balloon-based and ground-based instrumentation
We develop, field and launch new instruments for exploring near-Earth space. The current focus is on Very Low Frequency ground-based radio observations and on X-ray observations from stratospheric balloons.
Van Allen Radiation Belts
A major focus of our research is on the mechanisms that drive particle loss from the Van Allen radiation belts. These doughnut-shaped belts of high-energy particles episodically drain into Earth's upper atmosphere in an oval-shaped region that covers much of Canada; we want to understand why.
Wave-particle interactions
Earth's radiation belts are shaped and formed by the interaction between the high-energy charged particles and electromagnetic waves. We are using observations, modelling and theory to understand how this works.
Ion outflow
The Earth is constantly losing atmosphere out into space. We examine the mechanisms that drive this outflow and its effects on near-Earth space.
Kinetic plasma theory
Much of the space environment exists in the plasma state: a hot gas where the atoms have been stripped of their electrons. The kinetic description of statistical physics provides a useful framework for describing how plasmas behave.
Spacecraft-plasma interactions
The plasma of the near-Earth space environment electrically charges spacecraft flying through it. Even minor charging can affect the ability to observe the plasma, while major charging events can damage and disable spacecraft. Using sophisticated numerical codes, we model these interactions to in order to predict, reduce and mitigate the effects.

Although I have limited space in my group at the moment, I am always interested in enthusiastic students with good grades.