On Oct. 22, 2010, the University of Calgary Press carved a niche as a leader in open access publishing with the release of Grey Matters: A Guide for Collaborative Research with Seniors by UCalgary authors Nancy Marlett and Claudia Emes.

A decade later, the Press is still one of Canada’s only open access university presses, with 113 titles available for free download. This gives audiences across Canada and around the world easy and timely access to scholarly works and impactful research in the social sciences.

Publications cover a range of topics, from the Arctic, history, military and strategic studies to ranching and botany — even poetry and fiction. Downloads average about 10,000 a month; they just surpassed the one-million mark.

Now the Press is set to collaborate with the prestigious British Society for the Philosophy of Science on a new open access series, BSPS Open, which begins publishing in 2021. This first-of-its-kind monograph series will include scholarly works that represent the full breadth and diversity of the philosophy of science. Manuscripts will be selected based on merit, not on the ability of authors to pay Open Access fees.

“It’s exciting to see two leading organizations come together to advance access to scholarly knowledge, particularly this year as the Press celebrates its 10th anniversary as one of Canada’s only open access university presses,” adds Dr. Mary-Jo Romaniuk, vice-provost for Libraries and Cultural Resources, which oversees the University of Calgary Press.

“This is a new concept — nothing like this has been done before,” says Dr. Ken Waters, PhD, Canada Research Chair in Logic and Philosophy of Science and member of the editorial board of the University of Calgary Press. “By partnering with a prestigious academic society, we’re able to establish a series that publishes the best books in the field and operates at the cutting edge of open access publishing.”

There’s so much potential to influence the future of academic publishing that LCR and the Department of Philosophy have committed financial support. This will help cover the costs of launching the series and publishing the first books.

Looking to the future

The president of BSPS says open access is an important and growing part of the future of academic publishing.

“I am delighted that the British Society for the Philosophy of Science and the University of Calgary Press have pooled resources to form a partnership that will lead the way in the publishing of Open Access monographs,” says Alexander Bird, BSPS president and Bertrand Russell Professor of Philosophy at Cambridge University. “I am confident that this venture will attract innovative work of the highest calibre, which will reach a wide audience among philosophers of science.”

Commitment to open access publishing goes hand-in-hand with breaking down barriers and improving accessibility, another area of strength for the University of Calgary Press. Earlier this year, it published its first book in braille, a special edition of Wayne Arthurson’s popular novella The Red Chesterfield, as part of the Braille Publication Project, an initiative of the National Network for Equitable Library Service (NNELS).

“We believe in eliminating barriers between creators of knowledge and those who can benefit from it,” explains Brian Scrivener, director of the University of Calgary Press. “In the coming years, we hope to identify even more opportunities to play a role in removing obstacles and increasing access to scholarly knowledge.”

The 10th anniversary of the University of Calgary Press as an open access publisher falls during International Open Access Week, October 19 to 23. 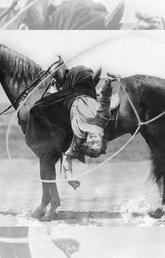 Book chronicles the life of an explorer, war correspondent and influential Calgarian