Consciousness, as psychologists describe it, “is at once the most familiar and most mysterious aspect of our lives.”

Despite millennia of studies and explanations by philosophers and scientists, the state of consciousness remains puzzling and controversial. Can general anaesthesia, in which consciousness is temporarily attenuated, offer some clues based on quantum physics?

A new study by University of Calgary researchers shows that quantum effects could be involved in how an anaesthetic called xenon affects consciousness. Xenon has been shown experimentally to produce a state of general anaesthesia in several species. While the anaesthetic properties of xenon were discovered in 1939, the exact underlying mechanism by which it produces anaesthetic effects remains unclear even after decades of research.

The research team has developed the first-ever computational and mathematical model which shows — at the molecular level — that “quantum entanglement” of electrons could play an important role.

“We show that with this theoretical model we can explain how xenon works, through the quantum entanglement of the electrons in a pair of radicals (molecules with single, unpaired electrons). This suggests these entangled electrons are somehow important to consciousness,” says Dr. Christoph Simon, PhD, professor of physics in the Department of Physics and Astronomy in the Faculty of Science.

Radical pairs occur when the chemical bond between two paired electrons is broken. Even though they’re physically separated, the two electrons are still linked at the quantum level and affect each other — a state known as quantum entanglement.

“Based on our model, it is possible that quantum effects at least contribute to the production of conscious experience,” says study lead author Jordan Smith, a master’s student in the Department of Physics and Astronomy.

Along with shedding some light on consciousness, increasing understanding of the mechanisms underlying general anaesthesia could in the future lead to improved anaesthetics and their delivery.

The team’s study is published in the open-access Nature journal Scientific Reports.

Simon got the idea for the study from previous experiments by other research groups investigating xenon’s effects in fruit flies and mice.

In the fruit flies experiment, when the xenon anaesthetic was active the electron spin “resonance signal” changed. This indicated that electron transfer was occurring somehow.

In the mice experiment, scientists found that the effectiveness, or potency, of xenon depended on which isotope of the anaesthetic was used.

Isotopes are variants of a chemical element that have different numbers of neutrons in the atom’s nucleus, and therefore have different “nuclear spin.”

“Our new model shows that the radical pair mechanism, which involves the dynamics of entangled electron spins and their interaction with nearby spins, can quantitatively explain the isotope effects observed for the anaesthetic potency of xenon, while also qualitatively explaining the observation of electron spin resonance signals,” Simon says.

Smith, who did the modelling of the radical pair mechanism, says the team’s study linked research across several different disciplines, including chemistry, neuroscience, biology and physics.

“The most interesting part for me was following this trail of ‘cookie crumbs,’ to try and connect the dots between different research fields to form an accurate picture of what may be going on,” Smith says.

Zadeh-Haghighi’s work was guided by co-author and quantum chemist Dr. Dennis Salahub, PhD, professor emeritus in the Department of Chemistry, who has studied the interactions between electrons and nuclei for several decades.

The UCalgary team is now looking for partners to do experimental work that could help validate their new model and proposed mechanism for xenon-based anaesthesia.

The team’s model is consistent with previous models created by other research groups to explain, through the radical pair mechanism of entangled electrons, how birds sense Earth’s magnetic field to navigate during migration.

The team’s new model predicts that the strength of an external magnetic field, due to its action on the electron and nuclear spins, would impact the anaesthetic’s potency. This could be tested in a controlled experiment using varied magnetic field strengths, Simon says.

Experiments also could be done on other anaesthetics, to see if they also show an isotope dependence based on nuclear spin as well as external magnetic fields.

Simon’s research group is working with neuroscientists on experimental and theoretical projects based on the group’s previous research, which involves potential roles for photons in possible optical communication channels in the brain.

The new study was funded by the Natural Sciences and Engineering Research Council of Canada and was supported by Compute Canada. 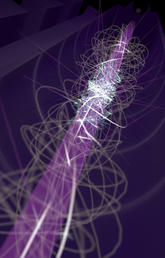 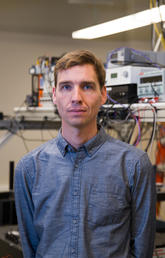 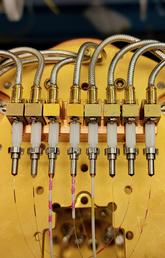 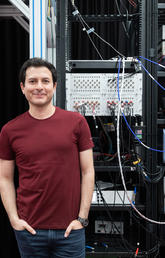 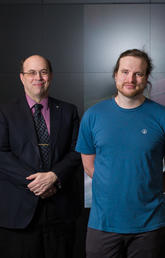