Jennifer Allford, for the Haskayne School of Business

The common corporate practice of moving on from industrial sites — be it coal mines, chemical plants or other operations — is as old as industry itself. Once a site is depleted or production can be moved to a lower-cost jurisdiction, companies sell off the site — the brownfield — and move on, leaving buildings, infrastructure and community behind.

“In the past, people in industry would just leave the site behind or sell it to a developer who might then leave it there for 20 years and do nothing. But very often, especially in heavy manufacturing, there are heavy metals that go into the ground and start seeping through the groundwater,” says Dr. Alain Verbeke, PhD, McCaig Research Chair in Management and professor of International Business Strategy in the Haskayne School of Business.

“Further, once a company leaves a brownfield, they typically leave behind a community that may for decades have constructed itself around the plant.”

With the rise of corporate social responsibility, leaving brownfields behind brings “increasingly high reputation risks,” says Verbeke. “The negative societal impacts can be detrimental to the company’s reputation and social licence to operate, both locally and internationally.”

Rather than selling abandoned sites, he argues, big multinational companies should consider redeveloping their brownfields as part of their corporate social responsibility (CSR) initiatives.

In new research, "Mitigating the Environmental and Social Footprint of Brownfields: The Case for a Peripheral CSR Approach," Verbeke and his colleagues, Mitchell Van Balen and Elvira Haezendonck of the Vrije Universiteit Brussel, disrupt the widely held view that companies should limit CSR activities to their core business.

“We develop the case for peripheral CSR, which by definition is not related to the firm’s core business, as providing entrepreneurial opportunities and profit potential for the firm,” says Verbeke. The researchers worked with Bekaert SA, a multinational Belgian steel manufacturer that had decided to keep a brownfield in Belgium, clean it up and redevelop the site.

“They closed this plant because they could produce much cheaper elsewhere where there is also much more demand for their products. But they were starting to get kind of a bad reputation, in terms of corporate social responsibility,” says Verbeke. “Because the move could be extraordinarily detrimental to their reputation, and even though the redeveloped site would have nothing to do with their core activities, the manufacturer decided to redevelop the brownfield to improve their social licence to operate.”

Bekaert enlisted Verbeke and his colleagues to help redesign the brownfield. The first step was cleaning up ground pollution before redeveloping the site and its existing infrastructure into commercial space for small- and medium-sized enterprises as well as space for seniors to use for various activities.

“This project was really helpful to their reputation,” says Verbeke. “It demonstrated: ‘We're not leaving this community behind. We're really going to help to make things better:’ That is really the ultimate corporate social responsibility, I think, which paradoxically has nothing to do with your core activities but can still be a profitable activity. You don't need to lose money.”

In fact, Verbeke argues, redeveloping brownfields could, eventually, become part of a company’s core business. “Their core activity is in metal processing, but it could now actually be something that they would do more systematically. They could develop expertise.”

It won’t work for every company. Verbeke and his colleagues provide a template and outline certain conditions that need to be met for a company to redevelop its brownfields and make that “a viable and valuable component” of their business activities.

“If you see it as part of your business model, that ultimately, it’s not just CSR, but that it fits who we are, then this will be a tremendous way forward, I think, in terms of improving relationships between industrial companies and the community at large.”

By keeping and redeveloping brownfields, companies have an opportunity to work with the community “to invent something new,” he says. “It's a small glimpse of what the future could be in a positive way. This is the future of heavy manufacturing.” 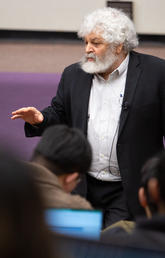 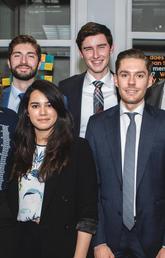 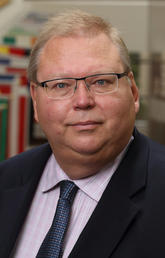 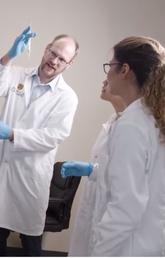 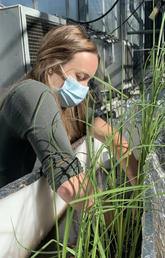 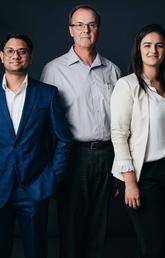 From waste to treasure, UCalgary GreenSTEM’s first cohort of startups is changing the sustainability game