While many of their peers have faced screens over the past months, students in Zoology 435: Entomology, taught by Dr. Mindi Summers, PhD, were out in backyards, parks, the Rocky Mountains and even grocery stores with an eye out for anything with six legs and wings. They were tasked with collecting and curating their own insect collection in Calgary and the surrounding areas to catalogue biodiversity for the City of Calgary. They also contributed their observations to an online, crowd-sourced global repository and community for identifying species called iNaturalist.

These activities formed part of a Course-based Undergraduate Research Experience (CURE), and is one of two pilot CURE courses supported by the College of Discovery, Creativity and Innovation (CDCI). The CUREs initiative aims to expand undergraduate research opportunities and reduce barriers to participation by integrating research activities, a type of hands-on experiential learning, into existing courses. Through incorporating research into the curriculum, the CUREs initiative is part of the university’s approach toward increasing and enhancing experiential learning opportunities across campus.

Summers, an instructor in the Department of Biological Sciences, engages her CURE students as partners in inquiry, encouraging the development of critical collaboration and independent research skills through a learning-by-doing course experience.

“In a remote learning context, CURE students have taken initiative with their research and gained confidence in their abilities to work independently,” says Summers about the aims and benefits. In cataloguing their local insect observations to iNaturalist, students also connect with a global community of scientific citizens while contributing valuable data that can enhance biodiversity databases.

Kevin Duclos, a graduate student teaching assistant (TA), adds, “Students have built their own nets, used hairspray for insect preservation and shared those trials and errors with their peers. This course encourages creativity and engages students’ critical thinking skills.”

Kevin Duclos, a graduate teaching assistant, in the field.

In removing traditional multiple-choice exams and structured experiments, Summers opted for flexibility, allowing students to exercise choice in advancing their research. An example is the assignment inviting students to produce a science communications piece that shares why Albertans might come to care more about insect biodiversity. Students have embraced the freedom, crediting it for increasing their drive and excitement about entomological research.

For instance, Kirstin Young, a fourth-year zoology student in the course, believes the freedom of choice and accompanying intrinsic motivation “increases long-term recognition and cognition. I’m not big on bugs, but through this research project and the freedom it allowed, I did start getting a passion for insects,” says Young.

Other students echo Young’s take-aways. Reflecting on the experience so far, Rowan Grondin, a fourth-year ecology student, is excited to see the outcomes of her efforts. “We’re building a collection," says Grondin. "We can see the work we’ve done since the beginning of the semester.”

As of December 2020, 90 students in ZOOL 435 have contributed over 3,300 insect observations to the iNaturalist database. Of these, over 880 have been verified at the species level — a significant achievement considering the difficulties of identifying insects without in-person lab equipment.

“This course, and others like it, allows students to take more ownership in what they’re doing to actually feel like they’re scientists,” says Duclos.

Having supported students through virtual labs and weekly check-ins, Duclos agrees. “We’re not in a lecturer role as much as we are in a facilitator role,” he says. As a TA, he says he’s learning alongside the students, and sometimes “it turns out I’m the one asking questions.”

For instructors like Summers, participating in the CUREs initiative includes leveraging “the instrumental support from the CDCI through the planning stages” to enhance their CURE course and further activate a learner-centred approach for their students.

Not every student will go on to research bumble bees or praying mantises as a career, but the CUREs initiative has offered an opportunity for students to participate hands-on in undergraduate research while remote learning, and to envision themselves as the very scientists they may strive to become. For Duclos, he hopes that “for many of these students, this experience is the step they need to see themselves as scientists and to trust themselves. They totally are — they’re doing science, doing the research.”

The CUREs pilot project is a College of Discovery, Creativity and Innovation initiative to expand undergraduate research opportunities and incorporate research into curricula. To learn more about the CUREs initiative and how faculty members can participate in developing their own CURE, please visit the College of Discovery, Creativity and Innovation’s Undergraduate Research Initiative. 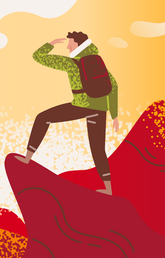 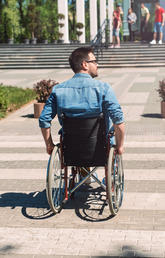 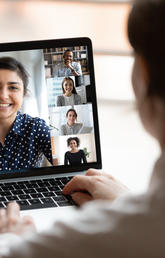 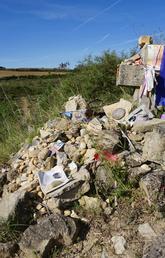 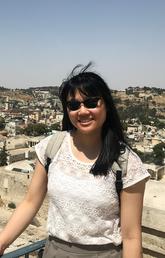 Class of 2020: Curiosity sparks discovery for Faculty of Science grad 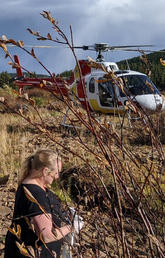 A bird's-eye view on saving the bull trout