A University of Calgary club that has been lighting the coding fire in students has received national recognition.

Schulich Ignite has helped more than 1,500 high school students since 2016, offering free workshops to explore the fundamentals of coding in a fun and interactive environment. Each workshop connects the students with UCalgary mentors, offering one-on-one support and insight.

The club was recently notified it was receiving a $90,000 grant through the Natural Sciences and Engineering Research Council of Canada (NSERC) PromoScience program.

“Digital literacy is of paramount importance in today’s world,” says Dr. Mohammad Moshirpour, PhD, MEng software program director at the Schulich School of Engineering. “It is no longer the case that only information technology professionals need to understand computers and how to code.”

Moshirpour says the digitalization of our society is becoming more prevalent by the day, so Canadian youth need to master those skills.

Rajpreet Gill has seen the power of Schulich Ignite first-hand and now serves as the club’s president.

“I first heard about the program as a high school student,” she says. “I have always appreciated the program’s ambition and objective towards emphasizing the importance of programming along with embracing diversity and inclusivity.”

Before becoming president, Gill was the vice-president of events as well as a coding mentor, as she wanted to serve a greater role in her community.

She says the most rewarding part of the experience has been seeing students’ enthusiasm for Schulich Ignite and their commitment to learning.

“We have students who join with little-to-no prior coding experience,” Gill says. “At the conclusion of the semester, they’re able to create complex coding projects by leveraging the core skills studied throughout the program.”

Moshirpour is humbled by how a small collaboration with Google five years ago has taken off at the University of Calgary.

“The original $7,500 investment has now evolved into a broader program with a focus on increased diversity in sciences and engineering, by providing under-represented groups with an opportunity to learn programming and coding skills in a fun, supportive and interactive environment,” he says.

For him, the most important aspect of the journey has been the feedback he’s received from students and their parents.

“The best feeling is when I get students coming up to me to say ‘I saw you in Grade 10 when I was in Schulich Ignite and it got me interested in engineering,” Moshirpour says with a smile.

He’s hopeful they can use the NSERC funding to expand and attract even more young Canadians.

“We want to focus on our digital platform to teach high school students in different cities, rural areas and Indigenous communities,” Moshirpour says. “That platform allowed our program to not only be unphased by the COVID-19 pandemic, but also grow to new heights.”

Gill adds she is excited about the potential for Schulich Ignite.

“My recommendation to any student interested in participating in this program is to go for it,” she says. “It’s an exceptional program that will not only teach you programming skills, but will also allow you to develop essential skills that are important as a student, and as an individual, while connecting you with students from across Canada.” 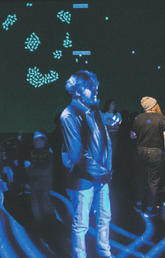 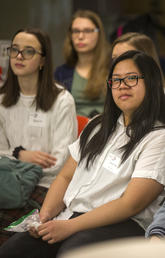 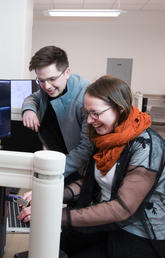