PhD in Mathematics University of Toronto 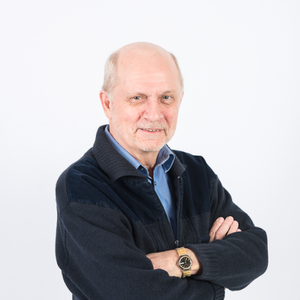 POLYTOPES
Separation (One of the most famous conjectures in Discrete Geometry )is attributed to H. Hadwiger, I.Z. Gohberg and A.S. Markus. It is that the smallest number h(K), of smaller homothetic copies of a compact convex set K in real d-space, d ≥ 2, with which it is possible to cover K, is at most 2d only if K is d-dimensional parallelotope. The G-M-H conjecture is confirmed for d = 2, open for d ≥ 3, and has a rich history with various equivalent formulations. The formulation of particular interest is due to K. Bezdek: if the origin is in the interior of K then h(K) is the smallest number of hyperplanes required to strictly separate the origin from any face of the polar K* of K. This formulation is particularly attractive in the case of polytopes and leads naturally to the following Separation Problem: Let P be a convex d-polytope. Determine the smallest number s(P) such that any facet of P is strictly separated from an arbitrary fixed interior point of P by one of s(P) hyperplanes. Again, most progress on the separation problem has been achieved in the case that d = 4 and the 4-polytope P is neighborly (any two vertices of P determine an edge of P). In particular, it is known that for certain classes of neighborly 4-polytopes P: s(P) ≤ 16. The big question now is if s(P) ≤ 16 for any neighborly 4-polytope?
DISCRETE GEOMETRY
Edge-antipodality (A set V or,a polytope P with vertex set V, is antipodal if any two elements of V are antipodal. Antipodal d-polytopes have been studied extensively over the past fifty years, and it is known that any such P has at most 2d vertices. In the last decade I. Talata introduced the concept of an edge-antipodal P: any two vertices of P, that lie on an edge of P, are antipodal. It is known that edge-antipodal 3-polytopes are antipodal, and that for each d ≥ 4, there is an edge-antipodal P that is not antipodal. With K. Boroczky, we have began a program for the study (classification, and determining the maximum of the number of vertices) of edge – antipodal d-polytopes, d ≥ 4. Most progress has been achieved in the case that d = 4. There the focus is presently on strongly edge-antipodal P (any two vertices of P, that lie on the edge of P, are contained in distinct parallel facets of P) .
COMBINATORIAL GEOMETRY
Topics of main interest: Erdös-Szekeres type theorems, Transversal properties of families of ovals in the plane, Triangulations of simple convex polygons.