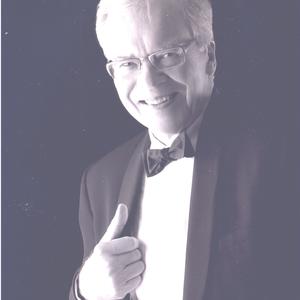 The Reservoir-Wave Approach
Over the past 20 years, we have developed an alternative to the conventional, frequency-domain approach to arterial hemodynamics, which we call the reservoir-wave approach. Our innovation is to posit that arterial pressure changes, in part, because of a change in local (reservoir) volume, as well as because of the passage of waves.
Evaluation of Vasomotion
Vasoactive substances (i.e., natural hormones or pharmacologic agents) modulate the behavior of the peripheral circulation by changing its capacitance (i.e., the volume a vascular bed contains at a given pressure and by changing its conductance (i.e., the amount of flow that the vascular bed will accept at a given driving pressure). As with capacitance, conductance is an extensive variable (the magnitude of an extensive variable answers the question ‘How much?’) and is directly related to the length of the vascular smooth muscle.
Ventricular-Arterial Coupling
We evaluate ventricular performance using a general, pump-function evaluation proposed 40 years ago; we plot mean PLV versus normalized cardiac output. As loading conditions and the strength of ventricular contraction vary, we find that the data are distributed somewhat widely but that they are contained by an envelope demonstrating an inverse relationship: the head pressure that the ventricle develops decreases as normalized cardiac output increases. We evaluate the arterial circulation by calculating conductance (normalized cardiac output divided by the driving pressure) and find that it changes by ~4-fold, comparing a vasodilator (sodium nitroprusside) to a vasoconstrictor (phenylephrine). In considering these evaluations of ventricular performance and the arterial circulation, we observed that normalized cardiac output is common to both, an observation that leads to a new understanding of ventricular-arterial coupling. Depending on loading conditions and the strength of contraction, the ventricle generates a certain normalized cardiac output. Depending on the hormonal milieu and its metabolic requirements, the peripheral circulation defines its conductance. Given the value of normalized cardiac output and the conductance, mean arterial pressure is determined.
Evaluation of the Systemic Circulation in Neonates
In collaboration with a pediatric cardiologist, we are studying the transition from the fetal to the adult circulatory pattern. In neonates that subsequently manifest problems, we expect to find abnormally decreased conductance, which may prove to be a useful predictor.
Pulmonary Hypertension
Using the reservoir-wave approach, we are analyzing pulmonary circulation data from our colleagues in the Mayo Clinic who are studying patients with exertional dyspnea. We are also undertaking an MRI study of our population of patients with pulmonary hypertension.